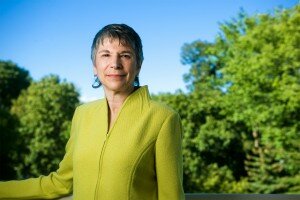 In Filipino: About Ellen

Ellen is one of the original members of the WindShare co-operative, is a member of the board of directors of the Conservation Foundation of Greater Toronto, and is active in the Canadian Electoral Alliance. She has volunteered with Green Thumbs Growing Kids, the Bleecker-Wellesley Activity Network, and the Hot Docs and Regent Park film festivals. She’s a member of the Toronto Heliconian Club and the Women’s Art Association of Canada. She has washed dishes at The 519 Church Street Community Centre’s Sunday drop-in, and organized re-donating the books unsold at the Rosedale-Moore Park Community Association’s annual Mayfair Market. She was a speaker at the 2010 Jane’s Walk in St. James Town organized by SEED (Safe Engaged Environments-Disability), and at the UMOVE (United Mothers Opposing Violence Everywhere) rally in Nathan Phillips Square. She’s active on her apartment building’s green committee; she organized a walkabout for beekeepers to explore, with residents, the possibility of hosting hives on the building’s grounds.

Ellen has been a member of the Professional Writers Association of Canada for over 20 years. More than 100,000 words have appeared in print under her by-line.

She was a classroom teacher with the Toronto District School Board for many years, retiring in June 2006.  Ellen then spent ten months on a fellowship, working with public school teachers in Greenland, where she witnessed the effects of global warming first-hand.  She spent the month of June, 2008 in Central America, working with English teachers in Guatemala and volunteering at an NGO in Nicaragua.

She taught at Castle Frank, Northern, and Rosedale Heights Secondary Schools, at Central Technical School, and at Western Technical-Commercial School. She served as the local Ontario Secondary School Teachers’ Federation representative from both Western Tech. and Central Tech., carrying Toronto district information back to her schools and school concerns forward.

She earned her Master of Arts in Teaching from Harvard University, and specialized in government as an undergraduate.  A member of the first Canada Corps, she served in Ukraine as an election observer for the repeat presidential election run-off in the winter of 2004.

In representing her school, working as a writer and with other writers, facilitating professional development with teachers, and knocking on doors for the Green Party, Ellen’s focus has been on building communities in which people can work together for the greater good.

Ellen has lived in Toronto Centre for more than 35 years. She and her husband treasure their time with their grandchildren, who motivate them to work for a healthy, sustainable world. Ellen is a member of the Bruce Trail Conservancy, sings with Toronto’s Raging Grannies, and has donated some of her photos, which have been sold at community fundraisers.

Please see the sidebar for other sub pages.