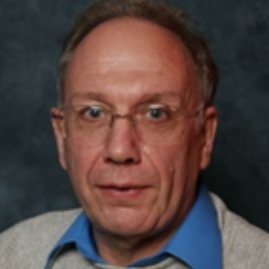 After graduation from Kings College, London, Professor Potts undertook research at Cambridge University into the collapse of shallow tunnels, which involved extensive experimental and analytical studies. From Cambridge he went to the Shell Research Laboratories, Rijswijk, Holland where he worked on experimental and theoretical problems involved in the cyclic loading of clay, on the development of numerical methods for analysing the foundation behaviour of marine gravity structures, on the estimation of stresses in oil well casings, and on the stability of offshore pipelines.
Since 1979 Professor Potts has been a member of the academic staff at Imperial College, responsible for teaching the use of analytical methods in geomechanics and the design of slopes and earth retaining structures, both at undergraduate and postgraduate levels. He was head of the Soil Mechanics Section from 1998 to 2006, Deputy Head of Department between 2002 and 2012 and head of the Geotechnics Section from 2012 to 2014. Professor Potts has worked extensively on the development of computer methods of analysis and, more particularly, on the application of numerical analysis to the design of real geotechnical structures. His consulting work has been concerned with the design of piles, including tension piles for offshore anchored structures, the response of offshore gravity platform foundations to cyclic loading, retaining structures of various types, cut-and-cover tunnels, bored tunnels, culverts subject to mining subsidence, the stability of embankments on soft ground, the stability and deformation of earth dams, the behaviour of reinforced earth structures, the prediction of ground movements around deep excavations and the role of progressive failure in embankment and cut slope problems.
Professor Potts has advised several oil companies, consultants and a government research laboratory on the use of computational methods, and has set up a fully equipped computational facility within the Soil Mechanics Section at Imperial College, which develops and uses its own bespoke finite element software. Professor Potts has been author and co-author of more than 350 technical publications and was awarded the George Stephenson medal in 1983, the Coopers Hill War Memorial medal in 1985, the Telford Medal in 1991, 1998 and 2002, a Telford Premium in 1997, the Crampton Prize in 1998, the John Henry Garrood King medal in 2003, the Bill Curtin medal in 2008 and the Geotechnical Research medal in 2016, all by the Institution of Civil Engineers, and the John Booker medal in 2005 and the Outstanding Contributions Award in 2008 by the International Association for Computer Methods and Advances in Geomechanics. He presented the 1st BGS/Geotechnique Lecture in 1989. He was co-editor of the international journal Computers and Geotecnics from 2011 2013 and is currently honorary editor of Geotechnique. He has served on various committees for the International Society of Soil Mechanics and Foundation Engineering, the Institution of Civil Engineers, the Institution of Structural Engineers, and the British Standards Institution. He was made a fellow of the Royal Academy of Engineering in 2001, a fellow of the City and Guilds of London in 2011 and presented the 42nd Rankine lecture in 2002. He is currently a Senior Consultant with the Geotechnical Consulting Group, who also sponsor his chair at Imperial College.